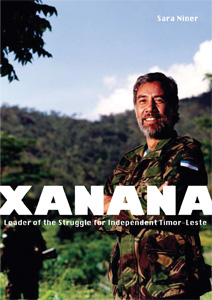 The charismatic Xanana Gusmão shouldered the Herculean task of leading his East Timorese people to Independence. During the brutal 24-year war with Indonesia, he was transformed through crisis from being a young apolitical outsider into a hardened guerrilla commander and keen political strategist, who ultimately became the central unifying figure of East Timorese nationalism. This book focuses on his years in leadership and seeks to explain how the events of the time affected the development of his ideas, policies and strategies.