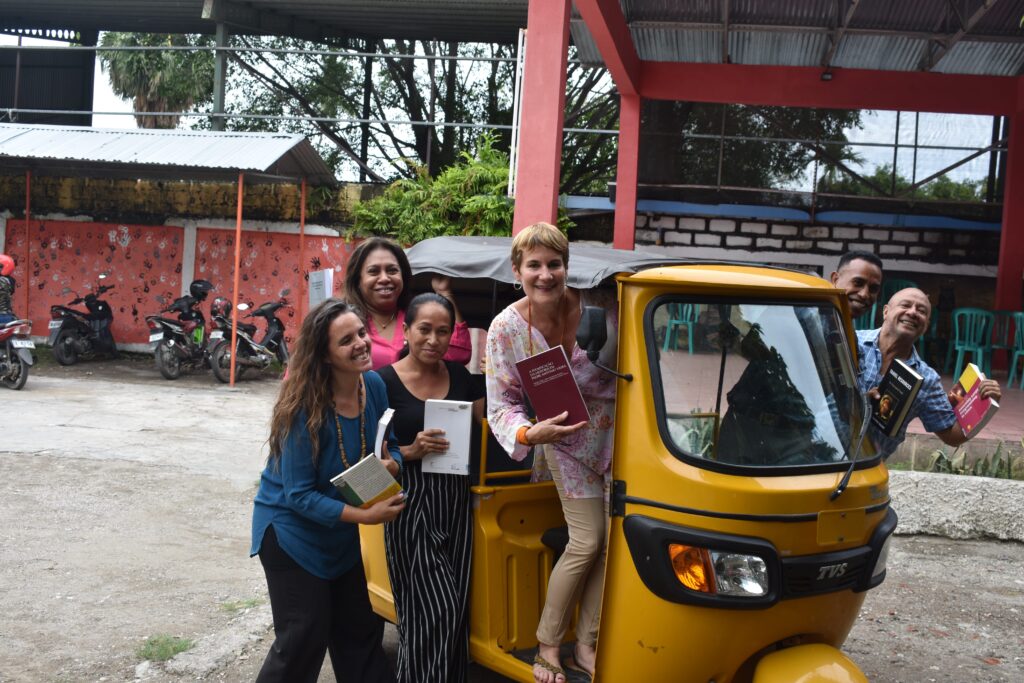 Early 2020 the board of management and staff discussed a creative idea to innovate our service to the community, especially to encourage love of reading. And the idea was to transform the TUK TUK motorcycle to become as a mobile library. The TUK TUK was generously donated by Maun Boot Kay Rala Xanana Gusmão. This mobile library will be operating very soon in Dili in order to promote love of reading for children in Timor-Leste.

In 2020, we will continue the second edition of “Alicia’s Diary” as it was a very successful book project with funding support from Andrew MacNaughtan Foundation (AMF). The stories were translated and printed in three languages (Tetun, Portuguese and English).

This first edition of “Alicia’s Diary” was launched on 20 December 2018 by Her Excellency Dulce de Jesus Soares, Minister of Education, youth and sports. We printed total of 800 copies in three languages (375 copies in Tetum, 375 copies in Portuguese, 50 copies in English). Many copies of the books have been distributed to schools with 5th and 6th grade students in Dili and in municipalities. Other copies were distributed to libraries around the nation and to key organizations focused on education, literacy or science.

The book “Alicia’s Diary” contained five fiction short stories written by Curt Gabrielson and image illustration by an artist Moises Pele Pereira. Each story is an entry in the diary, with the foreign girl, Alicia, recounting something that happened to her that day, and detailing some basic information relating to the science and mathematics of daily life, such as health, agriculture, weather and climate, food and nutrition, day-to-day mathematics, etc.

The book also has been well used by the children at XGRR in our children space called Bebeteca. We also use the book in our community outreach program. The pdf version will make it available online when XGRR has completed the rebuilt website.

In 2020, the Xanana Gusmão will be implemented the Mambae Mother Tongue Project funded by Victoria State Govt (DELWP). The main objective of this project is to produce and distribute library materials in Mambae, the predominant Mother tongue in the Central Mountains of Timor-Leste. These materials will be delivered in local libraries in Dili, Ermera and Aileu (and possibly in Manufahi and Manatuto, Liquiça). And they will be delivered in two formats; print and audio formats.

This project would like to address the lack of learning materials of mother tongues in Timor-Leste, and contribute to increasing the amount of mother tongue literature in Timor-Leste. Preserving the local language (oral culture) in Mambae and providing the Tetun translation will in addition, help students learn Tetun. Promoting the library as the community center for learning and sharing, supports local culture to have a strong sense of their own identity. The community’s home culture and traditional knowledge are validated and reinforced. 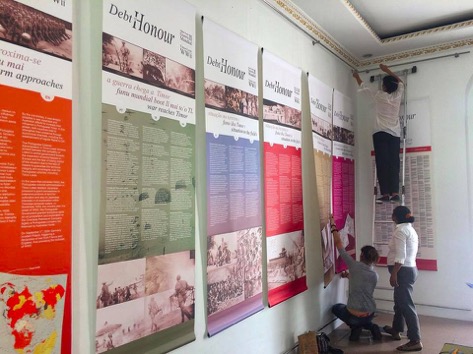 Recently we have been working on putting together an exhibition titled the ‘Debt of Honour’ which delves into the relationship between Australia and Timor-Leste historically during War II connecting into the future relationship with the Maritime Boundary dispute.

The new exhibition materials to be produced is about the debt of honour that Australia has toward Timor-Leste after the War World II that will be focused on the maritime boundary issues; about the negotiation process between two countries and final outcome of the conciliation towards signing of Treaty on Maritime Boundaries in the Timor Sea in March 2018. 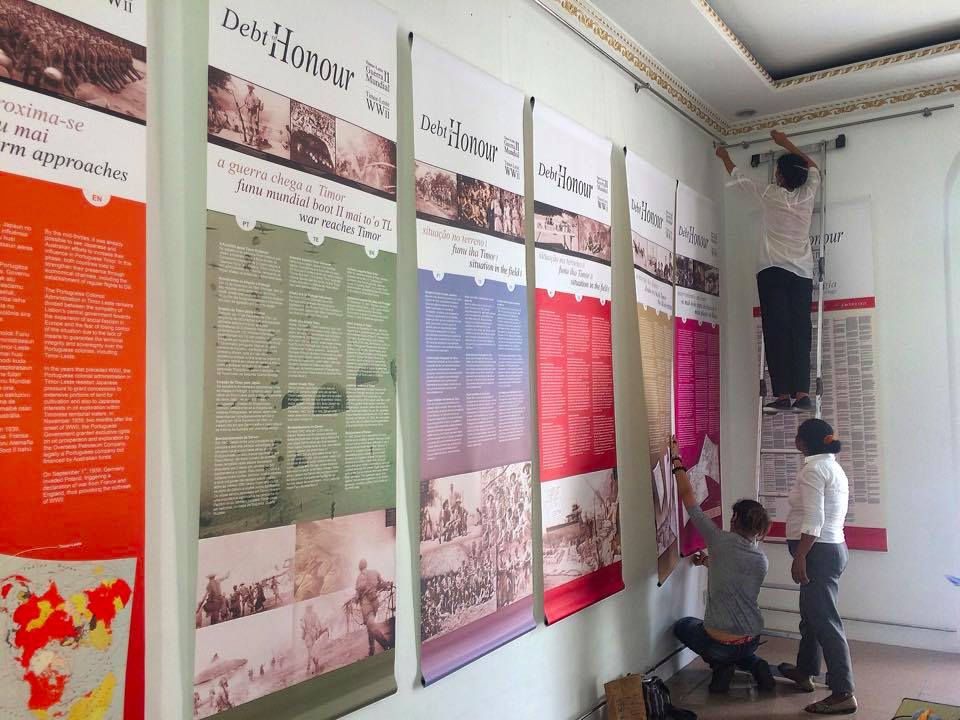