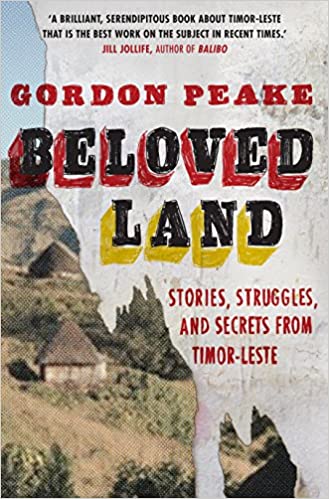 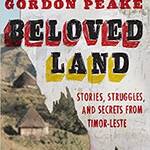 Briskly written and deeply affectionate, the book introduces a set of colorful Timorese and international characters, and unforgettably brings them to life. At the stroke of midnight on May 20, 2002, the Democratic Republic of Timor-Leste became the first new nation of the 21st century. From that moment, those who fought for independence in the jungle and from the soapbox have faced a challenge even bigger than shaking off Indonesian occupation: running a country of their own. Beloved Land picks up the story where world attention left off. Blending narrative history, travelogue, and personal reminiscences based on four years of living in the country, it shows the daunting hurdles that the people of Timor-Leste must overcome to build a nation from scratch, and how much the international community has to learn if it is to help rather than hinder the process. In Timor-Leste, “small” does not necessarily mean “simple.” Family politics, squabbles, power struggles, misunderstandings, old romances, and even older grudges are woven into present-day life. In this mysterious place, a land of intrigue and rumors, running a state is exhausting and difficult work, but dealing with it is endlessly interesting. Where else would a Prime Minister evade the bullets of renegade soldiers by using his sacred charms to change shape from a man to a dog—and then, a few years later, have affiliates of these same soldiers help out in his re-election campaign? Beloved Land shows that the story of Timor-Leste as much more than the narrow litany of conflict and violence often presented in the media. Increasingly, it is becoming a story about the exploitation of oil and gas, and whether Timorese leaders can steward the revenues they receive from these resources to benefit a rapidly expanding population. It is also a story about international aid and its inadequacies. In just over a decade, over eight billion dollars have been spent in a territory half the size of Tasmania, but the majority of Timorese remain in deep poverty. Beloved Land explores the reasons why, and questions whether international help is providing any real benefits in Asia’s newest country. Above all, Beloved Land is a human story about the one million East Timorese who speak nearly 20 different languages, and who are exuberantly building a new country of their own